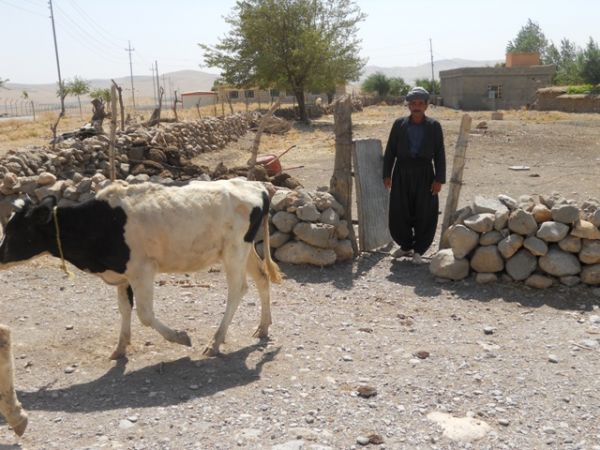 Borhan Hamamin of the Girdaboer village outside Suleimaniya, is among the pessimists of oil deals benefiting citizens. "We don't expect anything from them. They are not with the poor people, those who farm." (BEN LANDO/Iraq Oil Report)
Jamal Naji Abdullah and Ben Lando of Iraq Oil Report

RAWA, IRAQ - In February, in the desert of Anbar province near the Syrian border, Ibrahim Madah Hassan Taha al-Ma'rouf was heading a family expedition in search of water for the next crop of wheat and barley, when he had the misfortune of discovering natural gas.

Using a metal bar that twists and burrows into the ground, he hit water at a depth of 37 meters; as he continued to dig, however, the smell of gas became so powerful that Ma’rouf had to stop and call the authorities. Iraq’s state-run North Oil Company is now studying his land for a potential major new deposit.