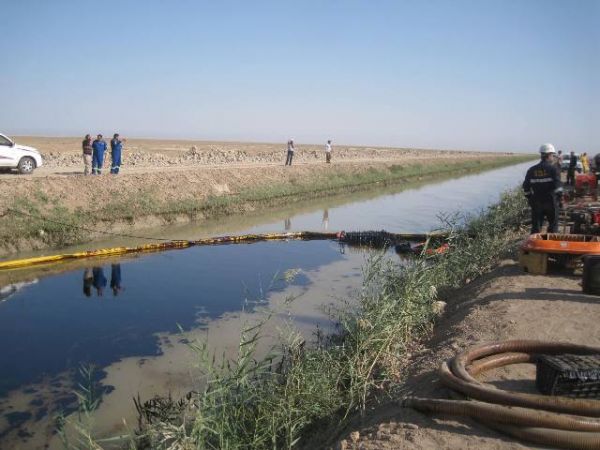 BAGHDAD - An oil spill has endangered Basra's only source of fresh water, after the rupture of an aging oil pipeline scheduled to be replaced by a Chinese company.

"It is a disaster," said Kamal Latif, the deputy minister of environment, who said that 300 tons of oil – roughly equivalent to 2,200 barrels – has contaminated a 22 kilometer stretch of the Bada'a channel, which feeds the only water purification facility serving Basra's 2 million residents.