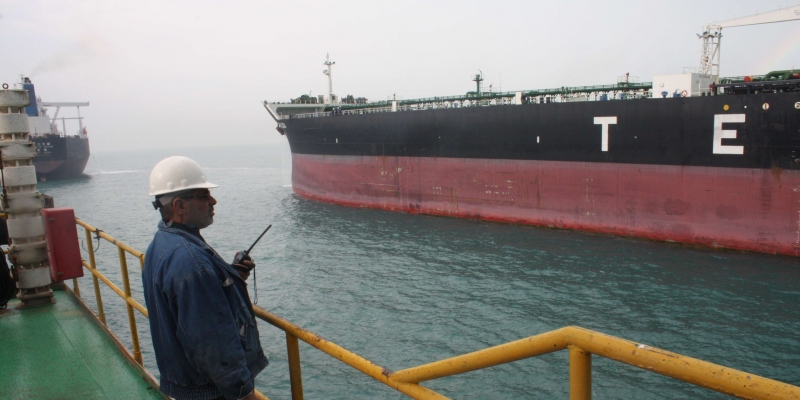 A worker for Iraq's South Oil Company calls in an oil tanker to fill up at the al-Basra Oil Terminal in February 2010. (BEN LANDO/Iraq Oil Report)
Ben Lando of Iraq Oil Report

Iraq's nationwide oil exports declined slightly from 3.304 million barrels per day (bpd) in December to 3.266 million bpd in January, according to an Iraq Oil Report analysis of data from Iraq's Oil Marketing Company and other industry officials. *

The federal government exported 2.868 million bpd, up from 2.846 million bpd in December. Oil sales from the semi-autonomous Kurdistan Regional Government (KRG) fell to 397,000 bpd — a slight dip, partially due to storage builds and the timing of tanker loadings.