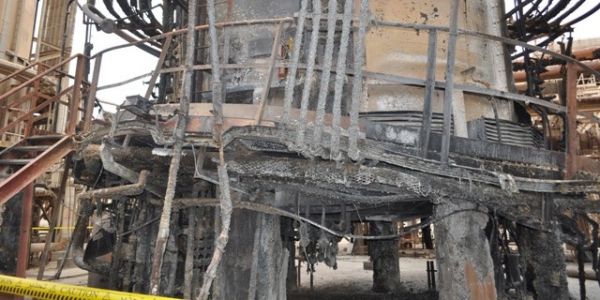 BAGHDAD - A bomb exploded on Iraq's northern export pipeline, taking a quarter of the country's crude exports offline, as Iraq’s oil sector continues to suffer a wave of threats and attacks.

The pipeline attack happened on Tuesday night or early Wednesday morning. Meanwhile, on Tuesday, another bomb was discovered and defused at Beiji, the country’s largest refinery. And one top investigator said the previous bombing attack at Beiji on Feb. 26 was likely an inside job.