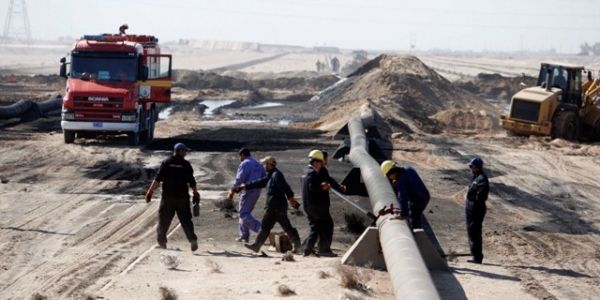 BAGHDAD - Iraq is on pace for another weak month for exports, officials say, and oil fields are being forced to curtail production. The problem stems from persistent infrastructure bottlenecks: a new export facility remains delayed and weather conditions have stymied tanker loading.

The Iraqi Oil Ministry's Inspector General is also intently watching an investigation by Australian authorities into the country's largest construction firm, which is accused of paying for bidding information in its successful netting of at least part of more than $1.3 billion in Iraq's southern export expansion project deals. It's not carrying out an investigation itself, however, the IG said.