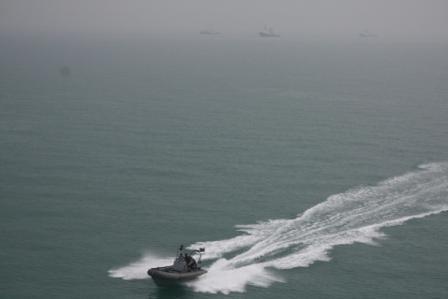 Pirates wielding AK-47 machine guns boarded and robbed at least two cargo ships, one of them American, that were anchored in Iraqi waters early Aug. 8. The daring criminal operation has exposed the security problems that still threaten Iraq and its economy.

The ships were near the Umm Qasr port and the al-Basra and Khor al-Amaya oil terminals, which combined account for more than 95 percent of the country's income. In this critical commerce hub, such robberies and criminal impunity could undermine the economy – and a successful terrorist attack could cripple the country and cause massive environmental damage.