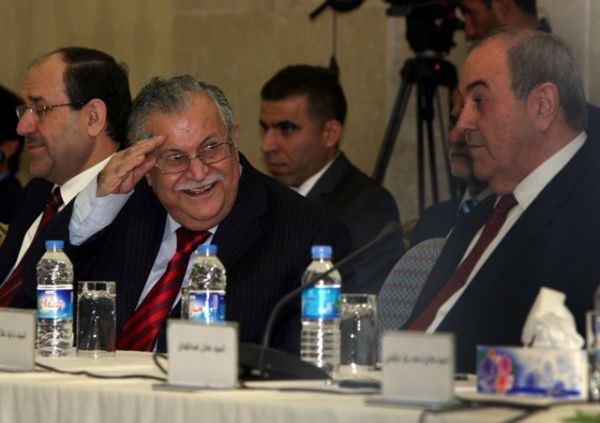 BAGHDAD - More than eight months after Iraq’s disputed election, against a backdrop of increasing violence throughout the country, political leaders have again failed to negotiate a governing coalition. After meetings in Erbil on Monday, they are heading back to Baghdad for more high-level talks.

Negotiations have been ongoing for the past week in Erbil, the capital of Iraq's Kurdistan region and the only reliably secure place in the country. The talks were capped by a lavish, televised roundtable event where Prime Minister Nouri al-Maliki, ex-Prime Minister Ayad Allawi, and other party heads called for an inclusive government while also criticizing their elected colleagues.