As the Oil Ministry seeks cost savings and production cuts in response to crashing oil prices, drilling programs are being cut – battering the business of Iraq's state-run drilling company. 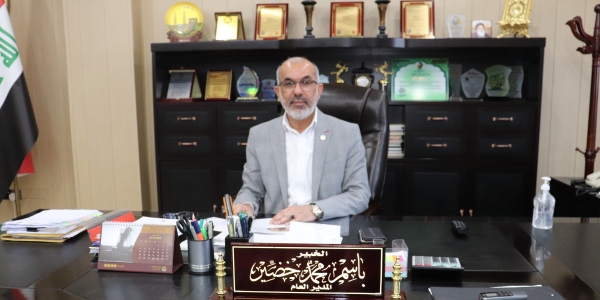 BASRA - One consequence of crashing global crude prices is that Iraq's oil fields are shutting down many drilling rigs, as the Oil Ministry seeks to save money and cut production in line with a new OPEC quota.

That's a harsh reality for the state-run Iraqi Drilling Company (IDC), which prides itself on competing with foreign service providers to be the drilling contractor of choice in Iraq.

The IDC's number of active rigs has dropped by one-third since the coronavirus crisis began to hit, which has cut into the company's revenue projections. Drilling programs have been reduced at both state-operated fields and those operated by international oil companies (IOCs).

In an April 27 letter to the Basra Oil Company (BOC), the IDC asked Iraq's largest state-run oil company to instruct ExxonMobil and BP to reactivate two rigs apiece, which each company had recently shut down in response to an Oil Ministry directive to cut spending.

IDC Director General Bassim Mohammed Khudair spoke with Iraq Oil Report at his office in Basra about the scope of his company's work and its response to the overlapping challenges of a pandemic, low oil prices, and a financial crisis.