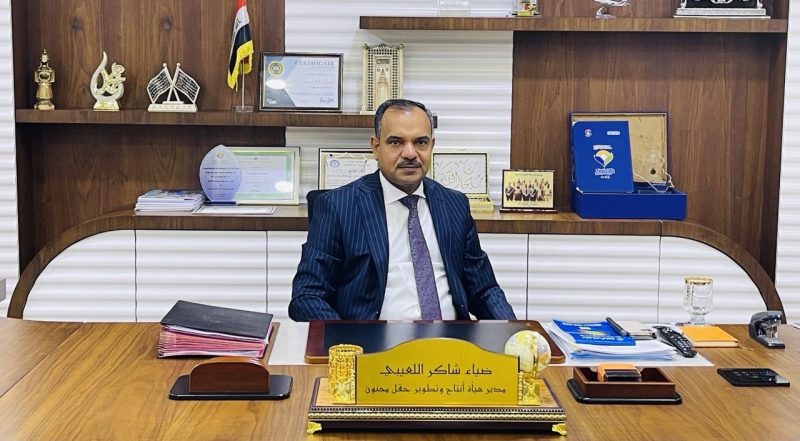 BASRA - Production capacity is set to rise steeply at the Majnoon oil field, and new seismic work could also reveal even more reserves than the already discovered 47 billion barrels.

Dhia Shaker al-Luaibi, the director of the field, spoke with Iraq Oil Report about the development of the project, which state-run Basra Oil Company took over in 2018 after Royal Dutch Shell pulled out.

In recent years, the field has often produced well below its current capacity of 240,000 barrels per day (bpd) because of OPEC-plus quotas, but the Oil Ministry has big plans for the field — raising production capacity to 400,000 bpd by the end of 2023 by drilling 83 new wells and opening a new processing facility.

Luaibi also said Majnoon is pressing forward with a fast-track project to capture and use associated gas that is produced along with crude oil instead of burn it in a wasteful and environmentally disastrous practice known as flaring. The plan is to supply 80 million standard cubic feet per day (scf/d) of sweet gas to the Rumaila power station rather than wait for France’s TotalEnergies to build a gas hub at Ratawi.

The Basra Oil Company, which operates the field with support from KBR and China’s Anton Oil, is also close to inaugurating an 80,000 bpd water injection facility, drawing water from the Shatt al-Arab waterway.

A full transcript of the interview is available to subscribers below.