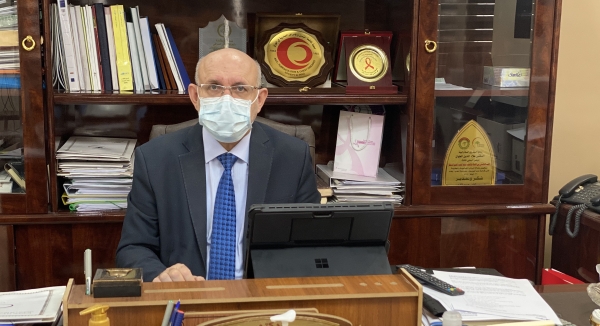 BAGHDAD - Iraq is willing to spend the money needed to buy coronavirus vaccines, but global supply availability is hampering its efforts to begin inoculating citizens against covid-19.

More than 1.5 million doses from three different drug companies are expected this month or early next month, and the country has a target of 30 percent of the population by the end of the year.

Dr. Reyadh Abdul Amir, the director general for the Health and Environment Ministry's Public Health directorate, which includes running the vaccine program, outlined the distribution and prioritization plan in an interview with Iraq Oil Report from his Baghdad office.

Selected hospitals and health centers around the country will conduct the campaign, with bespoke outreach to elderly and internally displaced persons camps. The Kurdistan region too will be given a share, according to population.

"The vaccine is the right of all people of Iraq, free of charge for all people," Abdul Amir said.

As the rest of the world, too, increases its percentage of inoculated people, Iraq may seek to make it a requirement for entering the country, he said. This includes those working in the oil sector.

"As of today, those who got the vaccine are only 200 million people out of 7 billion, almost 2.5 percent," Abdul Amir said. "I don't think Iraq will demand that now — it is difficult. But in the future, yes, for sure."

Read the entire interview with Abdul Amir below.

Lizzie Porter: What is Iraq's plan for vaccination against the coronavirus?

We have drawn up a comprehensive plan and now a work team is in place training health and medical staff in the Babylon Hotel on the vaccination work plan, in coordination with the WHO. On the distribution plan that we have – vaccinations differ, as you know – the Pfizer vaccine differs from the others.

It’s now expected that three types of vaccination will arrive in Iraq at the end of this month or at the beginning of March. The AstraZeneca vaccine, via COVAX, and the Pfizer vaccine, and the Sinopharm vaccine, which is a donation from the Chinese government to Iraq.

The AstraZeneca and Sinopharm vaccines don’t pose a logistical issue as they are stored at the same temperature as the rest of the vaccines that we have in health centers. So we don’t have problems with those vaccines.

The problem we have is with the Pfizer vaccine. Al-hamdullilah, we have prepared deep-freeze units at negative 80 Celsius, and around 50 units have been distributed in 50 places of vaccination in all governorates. The Pfizer vaccine will only be given in hospitals – big hospitals – because the freezer units need a constant electricity supply, and the hospitals have a constant electricity supply. We have also distributed 50 places or locations in the provinces, and they are known as Pfizer vaccine locations. We have divided the Pfizer vaccine in accordance with the population percentage in each province, and this gave us a schedule for this.

The AstraZeneca and Sinopharm vaccines are stored at the same temperature as other vaccines – 2 to 8 degrees Celsius – so the vaccination points will be in the primary healthcare centers. Not all the centers, of course – from each sector, a choice has been made – several centers are under the control of one sector, so in each sector, we chose between three and five health centers where the vaccine will be provided, in order to cover the highest possible percentage of the catchment area present in those provinces. These centers have been designated with official permissions by the health directorates.

LP: So these three types of the vaccine – AstraZeneca, Pfizer and Sinopharm – will these be enough–

RAA: No, no, no. These loads now are emergency loads to vaccinate the priority groups – those with high risk – medical and health staff, security personnel, persons over 50 years old, and people who have chronic illnesses. Why? Because our monitoring has shown that there is a high death rate in people with chronic illnesses. Thus they are the priority. When these shipments arrive, we will start with these groups. Once completed, we will reach out to the rest of the groups.

LP: So there is a plan for other groups to get the vaccine?

RAA: Sure, we have a plan, to provide the Sinopharm vaccine, and a plan to provide additional vaccine from AstraZeneca, while the Russian vaccine is currently under review at the Supreme Committee of Medicine Selection to approve it, and then agree to import it.

LP: Where are the funds from?

RAA: So far the funds are from the Health Ministry's budget, except I believe Pfizer will be funded by a loan from the World Bank – $100 million to pay for the Pfizer vaccine.

LP: What is the amount of funding from the Health Ministry?

RAA: Well, I think we paid $168 million for COVAX, we paid the full amount for the shipment. Sinopharm is a grant, so no need for funds. Pfizer will be paid by the $100 million loan from the World Bank.

LP: How will people be informed about vaccine plans?

RAA: People will know. We have a plan, and media – the people will learn about the plan once announced, and we are working on a digital program to register for the vaccine.

RAA: They can go to the health centers, and the employees there can assist in booking.

We don't want to start the campaign now, because we are not sure when the vaccine will arrive. Once they have arrived, the media campaign shall start.

LP: What about those who can't leave their houses, the very old people?

RAA: There will be teams that will go to their homes.

LP: Is there cooperation and coordination between Baghdad and Kurdistan?

RAA: All what we get of supply, vaccines and medicines, a portion is allocated to Kurdistan according to the population.

I can show you how we distribute the vaccine upon the population size. Kurdistan region has three provinces, in which each province has a share of the vaccine. (Pointing to details in the distribution plan.) Dohuk, Sulaimaniya, and Erbil. Three centers here [in Erbil], and two in Dohuk, and three in Sulaimaniya. These hospitals were selected by the health departments.

So, in Kurdistan, there are eight hospitals, Baghdad has six hospitals. Note that Baghdad's population is more than Kurdistan. Why? Because here, the geographical areas are far from each other, thus we took that under consideration.

This is how we will distribute what we will get: 1.5 million to Sulaimaniya, Dohuk, and Erbil. This is the population percentage of the total — the 1.5 million times this percentage — we get the amount. Same thing with the rest of provinces.

LP: Is there any coordination with Kurdistan's Health Ministry?

RAA: We will give them their share and they will handle the distribution. We give them the share, guidelines, the plan and training, sometimes physical training and sometime virtual.

LP: In terms of gas and oil sector workers who travel to Iraq, will Iraq require evidence of vaccines before being allowed into Iraq?

LP: What is the status of the pandemic in Iraq now?

RAA: We have high rate of patients, which increased quickly. I think we diagnosed the new type, which is UK variant, as you know this type is fast-spreading. I think that is the reason. About 50 percent of the samples we tested were the UK variant.

The second reason of course is the people's lack of commitment to the Health Ministry instructions. You see the people, they don't [comply]. Maybe the recent actions we took were positively perceived by the people — people started to wear the mask better than before.

LP: How will these new lockdown measures be implemented?

RAA: There will an operation room formed by the presidency of the Council of Ministers, headed by the technical deputy, which includes the security leadership, to make a plan to implement these actions and achieve coordination with the health teams.

LP: What about the IDPs in the IDP camps?

RAA: IDPs are priority and considered at risk. Their shares of vaccines will be sent to the health centers in those areas. No problem if they have papers or not. The vaccine is the right of all people of Iraq, free of charge for all people.

LP: How can you balance the needs of the economy and the instructions for not spreading coronavirus? Many people must go to work every day.

RAA: We can't talk about these issues, they are not our specialty. The economic situation in Iraq doesn't allow compensation for those who are affected by these procedures. Anyways, our procedures are light and didn't directly affect the people. The curfew starts at 8 p.m. and goes until 6 a.m. So people won't be greatly affected, especially knowing that the curfew is three days a week only.

LP: Do you have a deadline to deliver all vaccines?

RAA: It depends on the vaccine availability. If we managed to deliver 30 percent of the vaccine to the people this year, this will be good. We can do that — if the vaccine is available.

LP: What are the difficulties in obtaining the vaccines?

RAA: Funds are available, but the international high demand makes it difficult. These companies face big pressure. We spoke with Sinopharm, they told us that they don't have enough, and they will only give us an emergency shipment. The amount of vaccines in the world is low. Even neighboring countries didn't vaccine all of their people.

LP: That could be an issue, since maybe a lot of Iranians will come as pilgrims?

RAA: No, now pilgrimages have been stopped almost completely - they are limited. Coming in from outside Iraq is not permitted.

LP: For Shia Muslims, this is a big thing – the Arbaeen pilgrimage especially, people come –

RAA: Of course. As much as possible, we are trying to control this issue in the coming days. 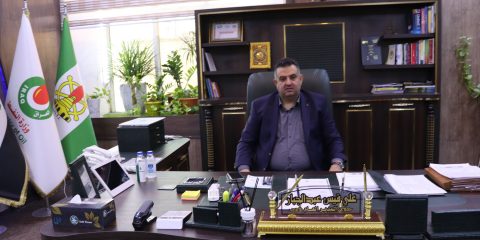 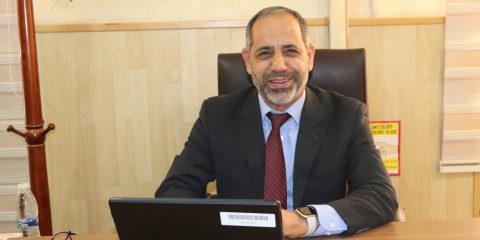