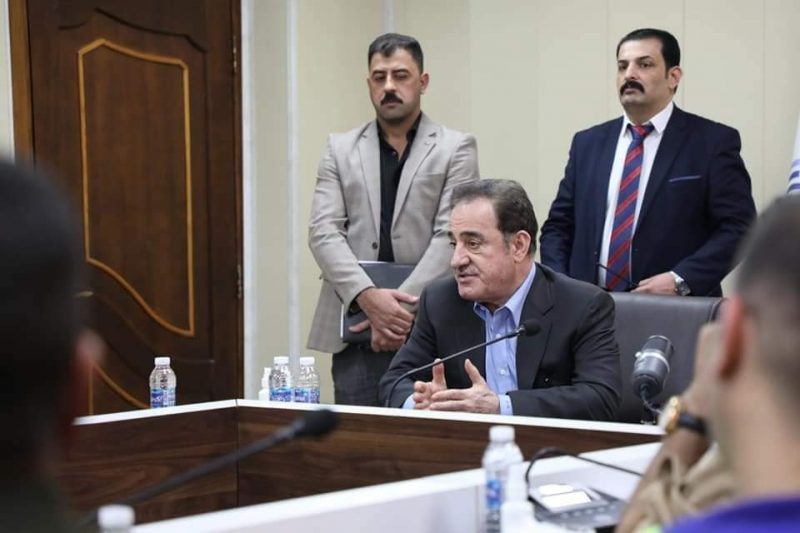 BAGHDAD - A new agreement with Iran to supply Iraq with gas for electricity generation has been threatened by a Federal Supreme Court ruling limiting the caretaker Iraqi government’s spending power, according to Electricity Minister Adel Karim.

If the Iraqi government cannot pay Iran for what it supplies under the new deal, “I don't know, maybe they [Iran] will cut the gas, and we would lose around 8,000 MW,” the minister said in an interview in his Baghdad office with Iraq Oil Report this week.

Karim visited Tehran last month and reached an agreement with Iranian officials over future gas imports, as well as debt repayments of more than $1.5 billion, aiming to guarantee better power generation before demand peaks in the summer.

The agreement involves Iran increasing gas exports to Iraq to 50 million cubic meters a day, which would help to boost power supply and meet the Electricity Ministry’s peak supply target of 24,000 to 25,000 MW.

But Iraq’s ability to pay for the gas – long hampered by U.S. sanctions on Tehran – is threatened by the Federal Supreme Court in Baghdad, which on Sunday issued a ruling limiting the current caretaker government’s powers. That prevented the passage of an “Emergency Food Security and Energy Law” to govern stop-gap spending in the absence of a 2022 budget. According to Karim, the law would have allowed Iraq to pay its debts, and its absence leaves the Electricity Ministry unable to make the payments that it has just promised to Tehran.

The Iranian gas imports have proven unreliable in recent years and Iraq has been attempting to diversify cross-border power supplies. Negotiations with Turkey, Saudi Arabia and the Gulf Cooperation Council Interconnection Authority are all now focusing on mutually agreeable purchase prices.

Negotiations over solar power projects are also waiting on negotiations over the commercial details. Talks with the Norwegian firm Scatec, the UAE’s Masdar and Power China to build solar farms are all progressing, but Iraq needs to find financing for the Chinese solar farms, Karim said.

“We are in a good position. The tariff is fair for both sides,” said Karim of negotiations with Scatec. “We have given them two very good pieces of land near Iskandaria and Karbala. It's about 530 MW. So the process is ongoing.”