The MP leading Parliament's oversight of Iraq's oil and electricity sectors discusses the importance of gas development and the status of INOC legislation. 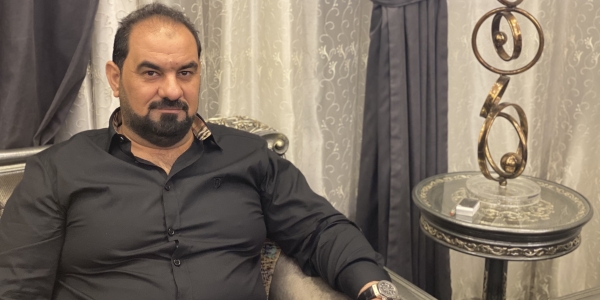 BAGHDAD - Habat al-Halbusi, the chair of the Parliament Oil and Energy Committee, says the strategic focus of Iraq's energy sector is clear: gas.

"The committee is made up of 23 MPs, some of whom used to be directors in the Oil Ministry," Halbusi said in an interview at his residence in Baghdad. "All of them, without exception, are in favor of investment in Iraqi gas. All of them."

Progress has been slow, however, because of bureaucratic delays and the machinations of powerful players — whom Halbusi declined to name but, he says, want to see Iraq remain dependent on imports of Iranian gas and electricity.

Aside from overseeing the work of the Oil and Electricity ministries, the members of the Oil and Energy Committee have been tasked with finalizing long-overdue legislation for the country's oil sector, including a revision to the law for the Iraqi National Oil Company (INOC). The new INOC legislation has received initial readings in Parliament, and a finalized draft will be ready for a vote "soon," Halbusi said.

Halbusi also spoke about gas and refinery investments in Anbar province, which he represents in Parliament as a member of the Taqadum ("Progress") party, led by Parliament Speaker Mohamed al-Halbusi.