Basra's fields bore the brunt of the OPEC-plus production curtailments, and they are ready to surge as output quotas lift. 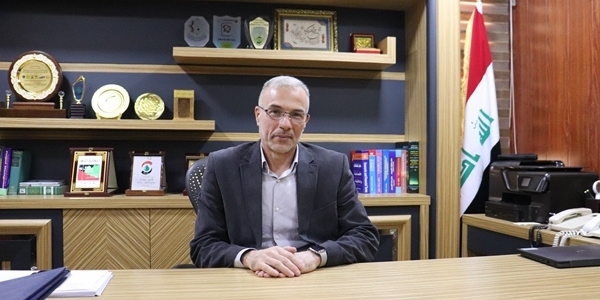 BASRA - As the OPEC-plus coalition anticipates easing off production cuts in 2021, oil fields in Basra are ready.

After the Oil Ministry ordered roughly 1 million bpd of cumulative cuts, many fields have already begun climbing back to their former capacity, while others can be ramped up quickly.

The production hiatus has been good for many fields, according to Hassan Mohammed Hassan, the deputy director general of the state-run Basra Oil Company (BOC), whose role includes overseeing all fields under technical service contracts with foreign oil companies in Iraq's largest oil province.

At Majnoon, for example, where production has recently been reduced to about 130,000 barrels per day (bpd), two new facilities are being built that could bring capacity up to 450,000 bpd in two years.

Still, Iraq has to overcome contracting obstacles that are decided in Baghdad but which will impact BOC operations. Bidding Round 5 contracts awarded in 2018 are still "under negotiation," Hassan said, despite having been approved by the former Cabinet.

And the multi-billion dollar southern infrastructure project, once under direct negotiation with ExxonMobil, is being split up into smaller, targeted projects – all necessary to be able to increase production and ultimately move more crude to market.

This doesn't mean ExxonMobil is leaving Iraq, said Hassan, who also serves as the head of the joint management committee for West Qurna 1, which ExxonMobil operates.

He spoke with Iraq Oil Report at his office in Basra.