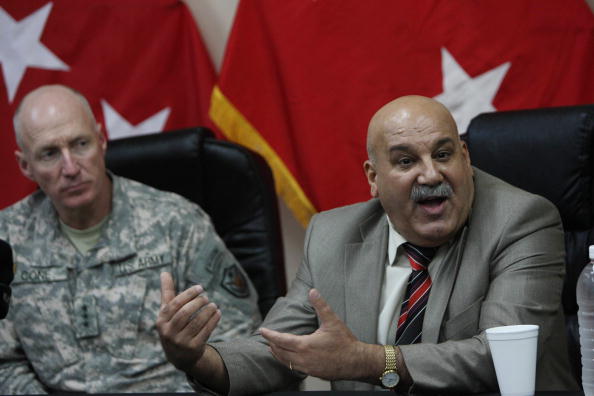 ERBIL - Jabar Yawar, Secretary General of the Ministry of Peshmerga, is among the leaders representing Kurdish security forces in ongoing meetings with federal Iraqi commanders over how to defend a swath of disputed territory in northern Iraq against an increase in attacks from the self-proclaimed Islamic State (IS) group.

A security vacuum in areas between formal Kurdish and federal Iraqi lines of control is being exploited by IS and other militants to carry out near-daily attacks impacting oil installations and electricity distribution networks, and terrorizing civilians. Yawar says recent bombings of electricity pylons by IS are a “new form of terrorist activity,” as are an increase in drones that are difficult to shoot down.

The talks have recently resulted in the opening of four joint coordination centers in the disputed territories, where Peshmerga and federal Iraqi officers are cooperating on security issues. This is overseen and partially funded by U.S. and other members of the international coalition that has been fighting the IS group since 2014.

Security conditions on the ground will not improve tangibly until new brigades are deployed, hopefully before parliamentary elections scheduled for October 10, Yawar says.

The coalition is not just backing these new brigades. Despite recent announcements about the withdrawal of U.S. combat troops from Iraq, international forces are still providing military planning assistance and air cover for both federal Iraqi and Kurdish security forces.

But a sudden withdrawal of international troops – while unlikely – would be “dangerous,” he says.

“If they left Iraq suddenly, quickly, like in Afghanistan, it would definitely impact the capabilities of the federal army and the Peshmerga in the fight against Daesh,” he explained, using the Arabic acronym for ISIS. The coalition’s presence is guaranteed until next year, but planning for beyond 2022 is not yet clear.

He also speculates that Iranian support for paramilitary groups in Iraq who have been accused of attacking U.S. forces may be temporarily suspended as Tehran looks to fortify its border against the Taliban.

Iraq Oil Report interviewed Jabar Yawar in his office in Erbil this week.