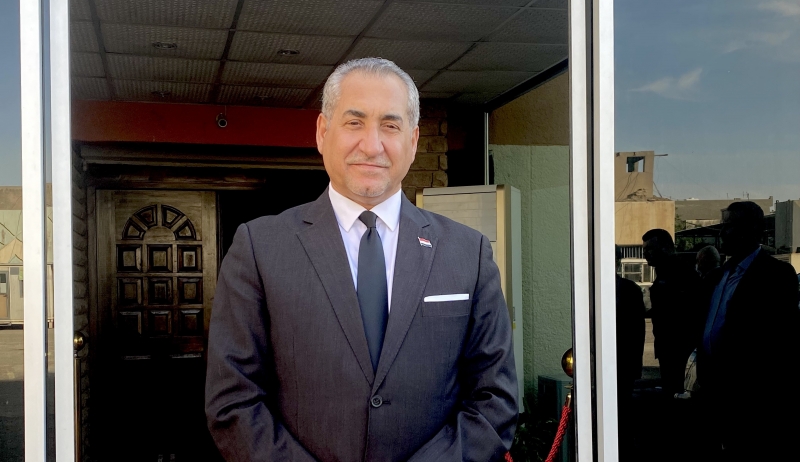 BAGHDAD - A deterioration in national security as a result of climate change is a major worry for Iraq’s Minister of Environment, Dr. Jassim Abdul Aziz al-Falahi.

After being merged with the Ministry of Health under former Prime Minister Haider al-Abadi, the Ministry of Environment once again became an independent ministry in August 2021, with its own building in the al-Waziriya area of Baghdad.

Over-dependence on oil for government revenue, low investment in infrastructure, and reliance on cross-border water sources mean that Iraq is one of the world’s most vulnerable countries to the effects of climate change.

Already, severe drought has forced agricultural workers to move into cities, further straining inadequate water and electricity distribution networks. Pollution blights waterways and urban dwellings. And Iraq wastes about half of the natural gas it produces along with oil, burning it off in an environmentally disastrous practice known as flaring rather than using the valuable commodity for power generation.

The minister formed part of Iraq’s delegation to the recent COP26 climate conference in Glasgow. Iraq has presented its so-called "Nationally Determined Contributions" to the United Nations — the goals that nations set voluntarily to reduce the effects of climate change, including carbon emission reduction targets. Iraq has proposed a reduction of up to 15 percent in carbon emissions by 2030, dependent on support from the international community.

Iraq also ratified the Paris Climate Agreement this year. This is "an important step," he said, saying that the Cabinet has supported moves towards carbon reductions and use of green technologies to reduce the impact of climate change on Iraq. Nevertheless, he acknowledges a lack of interest in the urgency of the climate crisis among many other Iraqi officials.

"In a country like my country, I think the environment is not a priority for decision makers," he said.

A transcript of the interview is available below for Iraq Oil Report subscribers.