At Iraq's main fuel import and export hub, the the port director describes the facility's layout and activities and talks about plans to expand capacity and revenue flows. 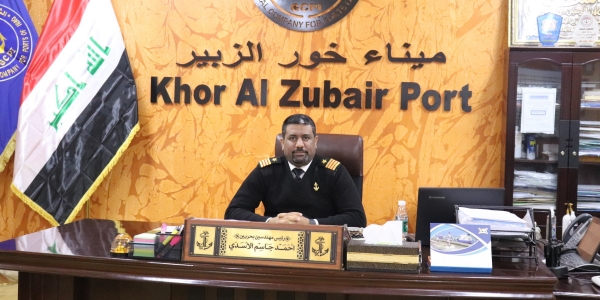 KHOR AL-ZUBAIR - Khor al-Zubair is Iraq's primary fuel import and export facility, as well as the point where heavier oil from Mosul-area fields was once sent to market.

It's also a point of trade for other key industrial goods, making it a point of focus in Prime Minister Mustafa al-Kadhimi's campaign to ensure the state captures a greater percentage of its potential customs revenue by cracking down on corruption at Iraqi borders.

In his office at the port, Khor al-Zubair's director, Ahmed Jassim al-Assadi, discussed the port's current layout and activities, as well as plans to enable increased import and export rates.