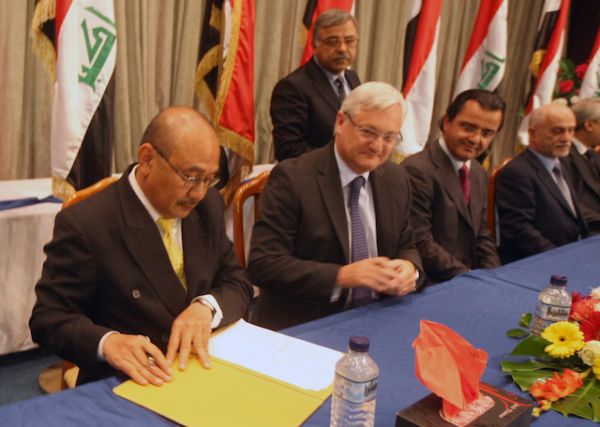 BAGHDAD - Royal Dutch Shell might soon become the biggest hydrocarbons investor in Iraq. The company has signed two massive oil deals, and its venture to capture and export associated gas from three super-giant fields in Basra is awaiting final approval.

Shell is leading the development of the Majnoon field and is a junior partner to ExxonMobil on West Qurna 1. Combined, those two projects aim to produce 4.625 million barrels per day (bpd) within seven years – nearly two million bpd more than the entire country is producing now, and a full third of its planned output.