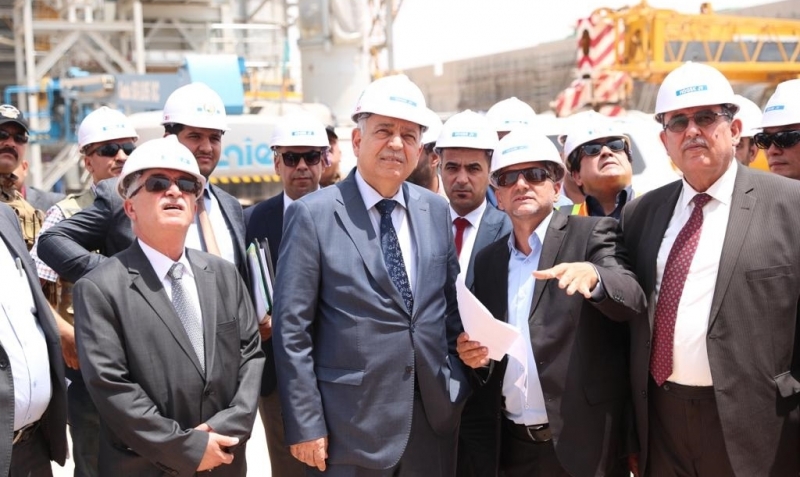 BAGHDAD - Despite a protest movement that has brought much of the Iraqi government to a standstill, the oil sector is continuing to operate at full capacity.

"This is a success story," said Oil Minister Thamir Ghadhban. "This does not mean that we did not face difficult times — difficult days or difficult nights."

In an interview with Iraq Oil Report at his office in Baghdad, Ghadhban described the advance planning that has helped the ministry keep fuel flowing to domestic consumers, as well as the constant demands of crisis management that continue to arise as protesters block access roads to oil fields and ports.

"We have kept oil field production — oil, gas, gas processing, as well as exports — without any change at all," Ghadhban said.

Export capacity will rise by half a million barrels per day (bpd) when a new subsea pipeline is connected to the al-Basra Oil Terminal, which is still expected to be completed by the end of this year. When two more connections are completed, at the end of 2021, the pipeline's full 1 million bpd capacity will come online.

Other export projects are moving forward. The ministry has accepted bids for an export pipeline to Jordan — a project that will ultimately include a spur connecting Basra to Turkey. A key study on the Fao export depot is imminent. And plans to build an export island are moving forward.

Ghadhban also provided an update on the status of the contracts awarded but not signed from the 5th bidding round, the path to resuming development of the Mansuriya and Akkas gas fields, the status of negotiations with ExxonMobil and PetroChina over the Southern Iraq Integrated Project (SIIP), and the preparations being made to wean Iraq off of Iranian gas and power supplies.

On the political front, he said revised legislation to restart the national oil company is being presented to Cabinet committees. And, he discussed the contours of negotiations between Baghdad and Ankara, as Turkey presses Iraq to drop a multi-billion-dollar arbitration case over the Iraq-Turkey Pipeline.