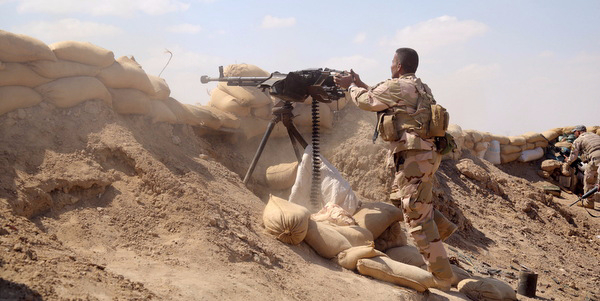 BAGHDAD - The Islamic State (IS) militant group has launched a sustained offensive against pro-government forces in Ramadi, even as Iraqi leaders plan a major operation to reassert control over Anbar province.

The five-pronged attack began Thursday evening, with IS fighters using a combination of suicide bombings, mortars, and small arms. Security forces repelled that first wave, but then on Friday morning, in the Albu Faraj area of northern Ramadi, they were overrun – and as of Friday evening, militants continued to hold the area.