The widely respected geologist, whose career spanned decades in both federal Iraq and Kurdistan, died May 1 after contracting coronavirus. 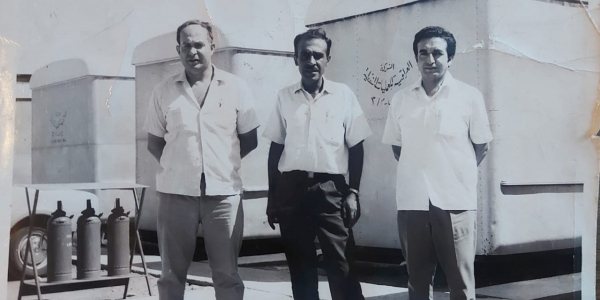 In the early days of Kurdistan's oil sector, Todd Kozel, founder and then-CEO of Gulf Keystone Petroleum, was debating with his geologists in London about where to spud their first well. Adnan Samarrai, then a consultant who would soon become the company's country manager, had a simple answer.

"He looked at me and said, 'Todd, just drill a hole in it and we'll find oil,'" Kozel said, recalling Samarrai's success in crunching data and trusting his gut. When the geologists left the room unhappy, Samarrai "shook his head and said, 'These young guys. You just got to know.' And I'll be damned if he wasn't right."

Data from Shaikan test wells suggested more than 7 billion barrels of oil in place and more than 1 trillion cubic feet of natural gas — a groundbreaking discovery.

Sammarai, who died on May 1 after contracting the coronavirus, will be remembered for his expertise as a geologist and oil man in both federal Iraq and Kurdistan, and also for the energy and acuity that kept him professionally active well into his ninth decade.

"I looked up to him. I admired him," said James Hunt, Chevron's country manager for Kurdistan, who spent years in weekly meetings and social gatherings with Samarrai. "He was already 80 years old and had the sharpest mind you could ever see. I used to razz him about retiring. He said, 'I'll retire when I get old.'" 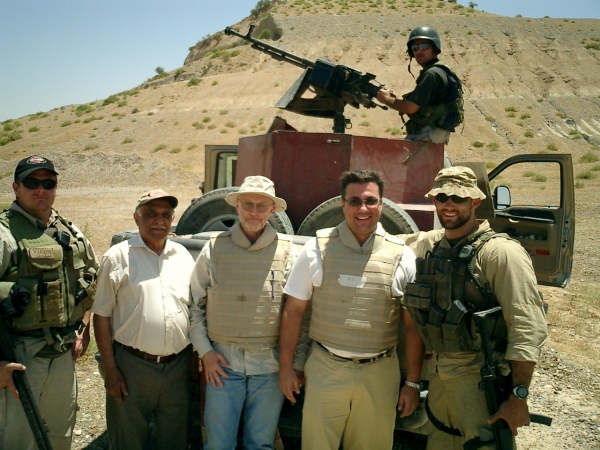 Samarrai was born in Basra in 1934 and earned a degree in geology and physics from the University of Baghdad, followed by decades in the Iraqi state oil industry.

He met the leadership of Iraqi Kurdistan very early into his career. In 1962, he and four other geologists working for the Iraq Petroleum Company (IPC) were looking at Kirkuk-area fields when they were "captured in the hills between Kirkuk and the Tigris [River] by a Kurdish patrol," David Adamson wrote in his 1964 book "The Kurdish War."

"He always said he met Mulla Mustafa and had tea together," Ismail recalled, referring to the father of current Iraqi Kurdish leader Massud Barzani. "He was a very nice, down-to-earth man."

The subsequent Kurdish civil war and the deadly fighting with the Iraqi government didn't deter Samarrai from a career in an industry that overlapped with political strife.

When the IPC was nationalized, Samarrai joined the Iraq National Oil Company, serving for decades as chief geologist for Kirkuk and then retiring in 1997 as chief exploration geologist. He moved to Jordan, and began as a consultant for the newly privatized British gas company BG Group.

"He was one of the best geologists in the Middle East," said Tarik al-Irhayim, a friend since 1968 when they worked together at the IPC. "Sharp memory."

Samarrai would head to Kurdistan as well, hired as a consultant by Gulf Keystone in its London office 2005, urging the company to search for oil in one of the last untapped areas of the world.

"It was Adnan, whilst working for Gulf Keystone, who identified and recommended the area which included the prospective Shaikan area for negotiation of a production sharing contract," said Tony Peart, who was Gulf Keystone's legal and commercial director from 2008 to 2016.

Kozel referred to Samarrai as "the great unknown hero in the energy business in Kurdistan."

The ex-Gulf Keystone CEO said Hawrami would often send other operators to Samarrai when they had geology questions, a deal that worked out because the better the operators in surrounding exploration blocks did, the better for everyone in this new oil patch.

"He couldn’t get enough of it," Kozel said. "Adnan was there to discover stuff. He was in it for the passion of the oil business."

He retired from Gulf Keystone as country manager in 2012, and in 2013 began work as a formal senior advisor to Hawrami, working directly with oil companies on behalf of the Ministry of Natural Resources (MNR).

"At the MNR, he served with distinction as chairman of several joint management committees, working in partnership with major IOCs such as Chevron, Total, Rosneft and Exxon, Hillwood, TAQA, Hunt Oil and KAR Group working on operating fields such as Atrush, Kurmala, Shaikan, and Sarsang representing well over 70 percent of the Kurdistan region's oil production at the time," said Saad Sadollah, a former senior MNR official, in a condolence note to Samarrai's family, which was shared with Iraq Oil Report.

Samarrai was known to be one of the first to arrive to the office at the ministry every day and one of the last to leave. During work hours his office would host spirited discussions about technical approaches to the fields in his remit, and he would draw from memory the lessons learned at exploration wells drilled decades earlier.

"I had enough respect for him that whenever I brought paperwork in to him that I dotted every 'i' and crossed every 't,'" said Hunt, the Chevron country manager. "You want to be the best for the man."

Samarrai kept working as the so-called Islamic State (IS) group threatened oil assets, and during oil price crashes and disputes with the federal government that led to payment disputes with foreign oil companies, which put the further development of Kurdistan's nascent oil sector at risk.

Even after his September 2020 retirement, Samarrai remained unofficial advisor to Kamal Atroshi, who succeeded Hawrami as minister.

Only a global pandemic could slow him down. Both Samarrai and his wife, Nuha Abdul-Hameed, tested positive for covid-19. Samarrai went to the hospital on April 23 and, because he was put on a ventilator, he was spared from the heartbreaking news that his wife passed away that very day.

"They had a nice love story," said Ismail. "They lived together for 60 years and then they passed within a week of each other."