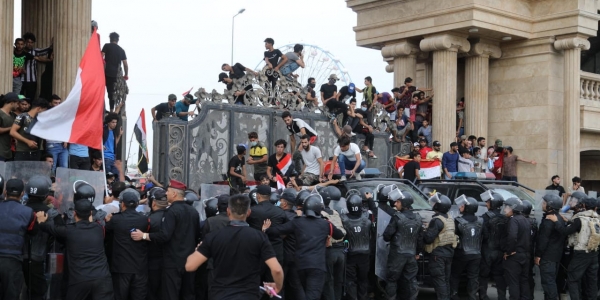 The Iraq Human Rights Commission said late Friday that at least 30 people were killed and 1,800 injured in Friday’s protests; between protesters and security forces, well over 100 people have been killed and thousands injured since demonstrators began nearly four weeks ago, including many calling for the end of the current governing structure in Iraq.