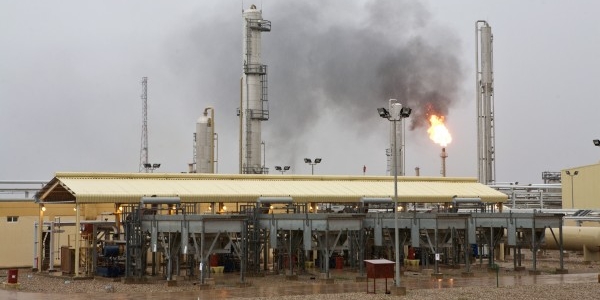 At least two rockets struck within the Khor Mor perimeter and one of them landed near a warehouse, which sustained minor damage, according to security and industry officials. The rockets sparked a grass fire that firefighters later extinguished, one industry official said.

The Emirati company Dana Gas — which operates the field along with its sister company Crescent Petroleum, as part of the Pearl Consortium — confirmed in a Tuesday statement that “two small rockets landed within the Khor Mor Block” and said that “there were no injuries and production operations continue as normal.”

The attack did cause the field to pause the loading of tanker trucks with liquefied petroleum gas (LPG), but that has now restarted, according to the industry official, who also confirmed there were no injuries to personnel.

Coming on the heels of three previous strikes in June, Monday’s attack has the potential to delay a major $640 million plan – in part financed by the U.S. International Development Finance Corporation – to double capacity at Khor Mor by 2023.