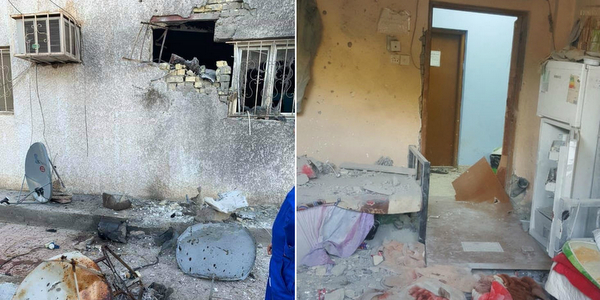 The exterior and interior view of the aftermath of a Katyusha rocket that hit an Iraqi Drilling Company housing facility in Basra on June 19, 2019. (ALI AL-AQILY/Iraq Oil Report)
By Ali al-Aqily, Jassim al-Jabiri and Staff of Iraq Oil Report
Published Wednesday, June 19th, 2019

While nobody has claimed responsibility for the attacks, they come as both Washington and Tehran continue to escalate their bellicose rhetoric -- and during a week in which mortars or rockets have struck four other sites throughout Iraq where U.S. military personnel are based.