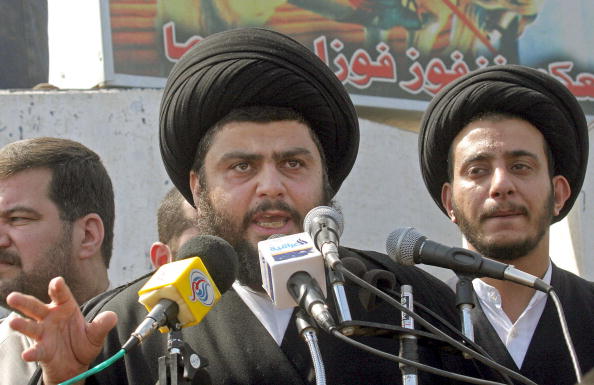 BAGHDAD - The cleric Moqtada al-Sadr is back in Iraq. The populist Shiite leader has spent four years in self-imposed exile in Iran, and now returns more influential than ever, after his political bloc gave decisive support to Prime Minister Nouri al-Maliki’s bid for a second term.

Sadr landed at Najaf airport on Wednesday afternoon, according to a senior Sadrist official, and made an evening visit to the shrine of Imam Ali. Footage broadcast on the state-run Iraqiya channel showed Sadr surrounded by hundreds of supporters who shouted his name and jostled to get a glimpse of the religious leader.