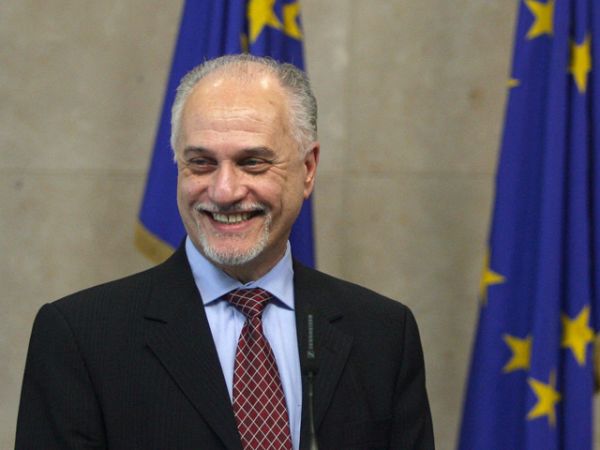 Outgoing Oil Minister Hussain al-Shahristani speaks after a bilateral meeting to discuss enhancing energy cooperation between Iraq and the European Union on January 31, 2008 at the EU headquarter in Brussels. He will retain a broad energy portfolio in Iraq's new government as deputy prime minister for oil and electricity issues. (DOMINIQUE FAGET/AFP/Getty)

BAGHDAD - Hussain al-Shahristani will continue steering Iraq’s energy sector, but not in his current capacities as minister of oil and acting minister of electricity. Instead, Prime Minister Nouri al-Maliki will tap Shahristani, a fellow member of the State of Law coalition, for a newly created post as deputy prime minister for oil and electricity issues.

The move ensures that Maliki will keep a hand on the tiller of Iraq’s energy sector, even if he’s forced to award leadership of the Oil or Electricity ministry to other parties in his fractious governing coalition.