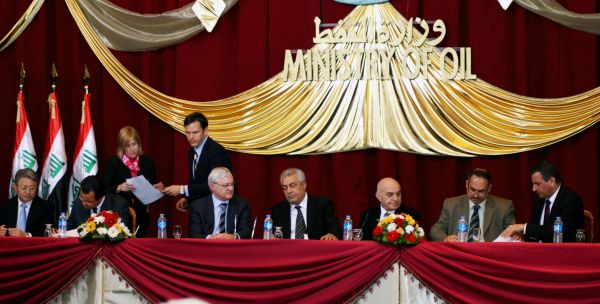 BAGHDAD - Thirty-eight months after Royal Dutch Shell announced its pursuit of a massive gas deal in southern Iraq - following negotiations, controversy, and political outcry - the contract has been signed.

On Sunday afternoon, Iraqi officials and top executives from Shell and Mitsubishi finalized a deal monumental not only for the opposition it overcame but also for what it creates: an unprecedented joint venture that will stop environmentally disastrous flaring in Basra and give Shell the largest portfolio of any oil company in the country.