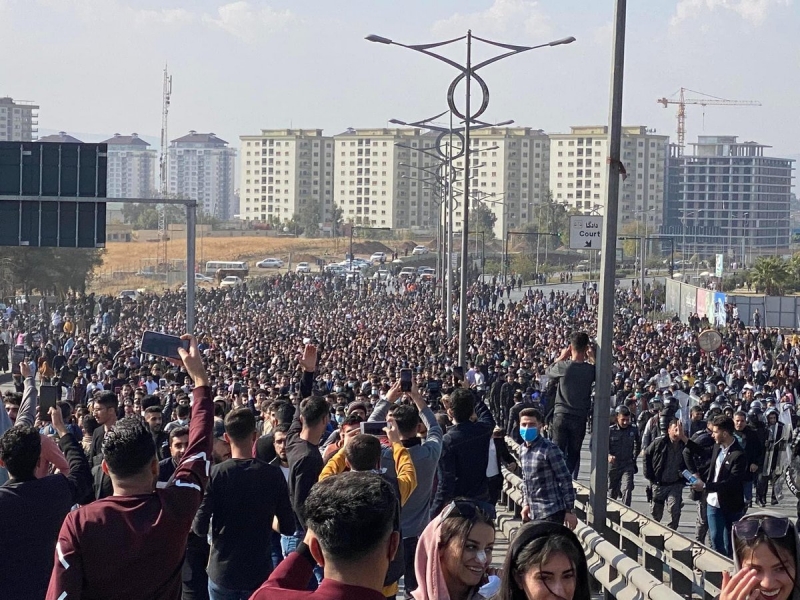 SULAIMANIYA - Thousands of students in Erbil and Sulaimaniya have taken to the streets to protest a lack of financial support from the Kurdistan Regional Government (KRG) — the latest episode of social unrest arising from the semi-autonomous region's budget crunch.

The demonstrations, which began three days ago in several cities and towns in Sulaimaniya province, have now spread to Erbil where hundreds of protesters gathered Tuesday in front of the KRG Ministry of Higher Education to demand payment of university student stipends that have been frozen since 2014.