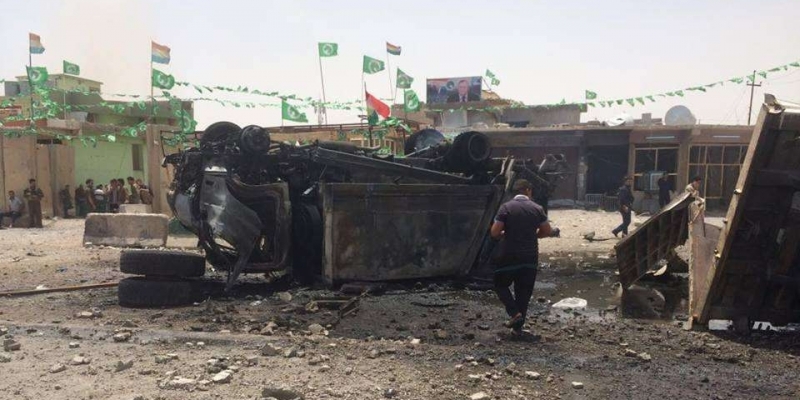 The remnants of a truck bomb, claimed by IS, shortly after exploding on the Tuz-Kirkuk highway on June 18, 2016. (STAFF/Iraq Oil Report)
Staff of Iraq Oil Report

TUZ KHURMATU - The so-called Islamic State (IS) group stealthily stood up bomb-making cells and put fighters into position in and around Tuz Khurmato in northern Salahaddin province, activating them over the weekend, all under the nose of Kurds and Turkomen that remained preoccupied with their rivalry for control over the town.

Over the past five days, IS militants have unleashed a deadly and divisive operation both inside the town and in its rural suburbs, which sparked reprisals against Sunni Arabs and reignited a violent turf war between anti-IS allies in the Kurdish and Shia Turkomen forces.