Teachers stay out on strike across Sulaimaniya 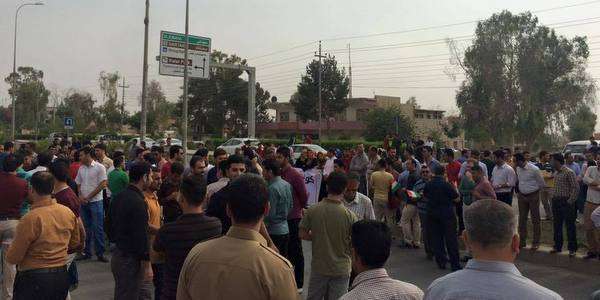 SULAIMANIYA - Teachers and other civil servants continue to protest in Sulaimaniya and Halabja provinces over months of back pay, though street tension has calmed since violent protests clashes between protestors and security forces turned deadly on Oct. 9, killing six people.

On Monday, several thousand teachers demonstrated outside Sulaimaniya’s education directorate on the city’s main thoroughfare on Salim Street, and joined by others who also claimed to be due salaries.