Prime Minister Adil Abd al-Mahdi said his two deputies and his security chief should effectively run the government until a new premier is confirmed or elections take place. 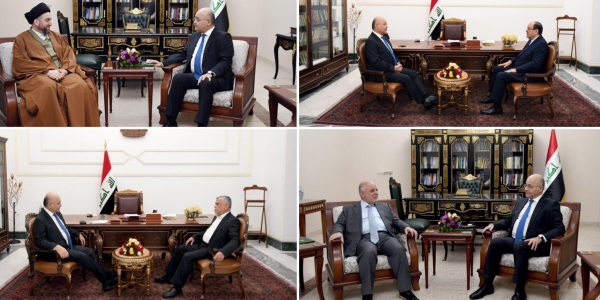 President Barham Salih has 15 days to nominate a new person as prime minister, who then has 30 days to get a cabinet approved by Parliament. While Salih published pictures on Twitter of meetings with party leaders, Abd al-Mahdi's letter outlines a longer-term scenario of delayed government formation and early national elections.