In a Nov. 27 meeting between the Turkish and Kurdish prime ministers, the two sides signed several agreements that solidify a major strategic energy alliance. 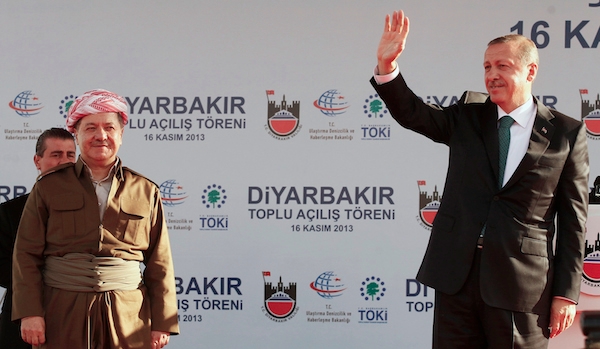 ANKARA - Turkey has signed multiple agreements that flesh out its energy alliance with Iraq's autonomous Kurdistan region, despite last-ditch efforts by Baghdad and Washington to forestall the deal.

In a Nov. 27 meeting in Ankara between Turkish Prime Minister Recep Tayyip Erdogan and Kurdistan Regional Government (KRG) Prime Minister Nechirvan Barzani, the two sides signed documents to govern export pipelines, the sale of gas, and the handling of revenue, according to two people involved in the negotiations.