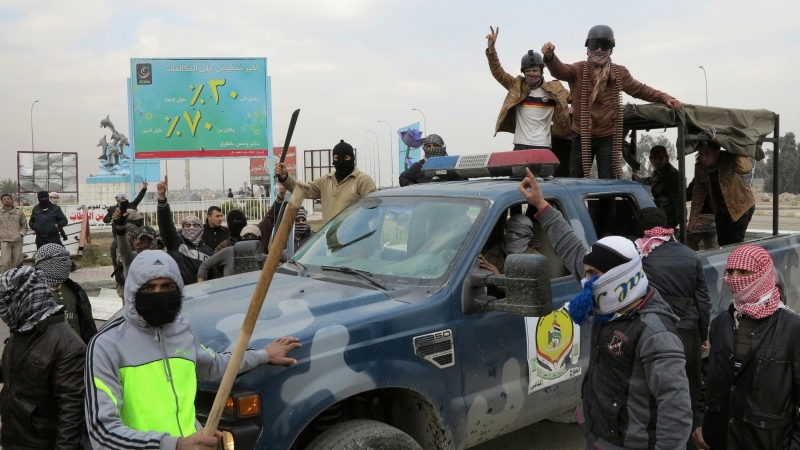 FALLUJAH - Iraqi security forces and protesters clashed throughout Anbar province Monday after SWAT teams entered protest camps to forcibly take down tents, putting at risk an agreement reached Sunday that would have seen Anbaris voluntarily end their protests and the release of a member of Parliament who was detained Saturday in a deadly pre-dawn raid.

"The Iraqi Army and Federal Police took the protest squares tents down earlier today by force," a senior Interior Ministry official said late Monday. "Until this moment, the clashes are still continuing specifically in Ramadi and Fallujah. The Iraqi Army is using the helicopters in these clashes and there are casualties from civilians and families during the exchange of fire."