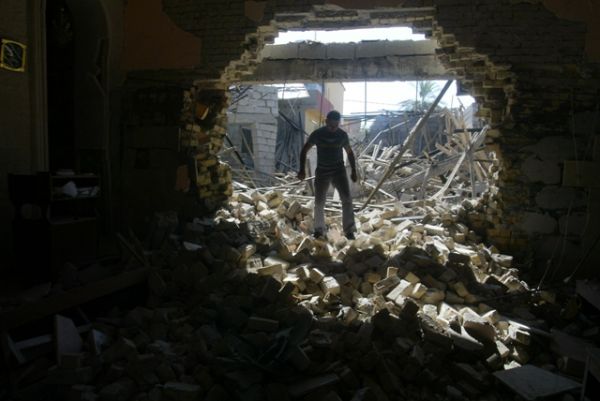 An Iraqi man inspects damages at the Mar Afram Syriac Orthodox Church following an explosion in the northern city of Kirkuk on August 15, 2011, as a series of nationwide attacks hit the country. (MARWAN IBRAHIM/AFP/Getty Images)
Kamaran al-Najar, Adam al-Atbi and Staff of Iraq Oil Report

BAGHDAD - Iraqi provinces are on high alert as security officials increased the casualty count to more than 70 killed – including a top anti-terrorism official -- in a seemingly coordinated and deadly day that shook the country amidst the holy month of Ramadan.

Violence seemed to be relatively paused in Iraq since the start of the holiday on Aug. 1, a sign most security experts attribute to a regrouping of and planning by terrorist groups as opposed to a trend toward improved safety.