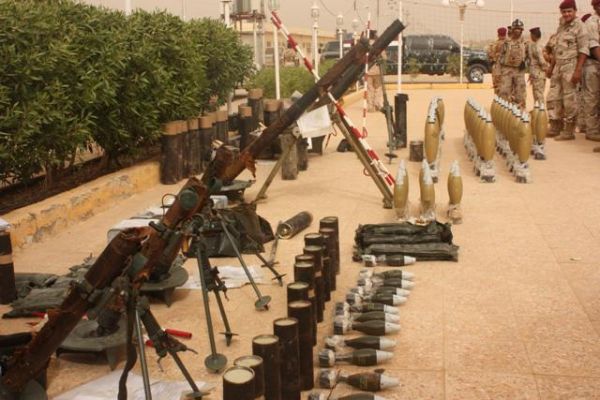 A cache of weapons, uncovered in Basra near the Iranian border on May 16, 2010, on display by the Iraqi Army. (STAFF/Iraq Oil Report)
Staff of Iraq Oil Report

BASRA - A massive weapons cache found in Basra province over the weekend raised further security concerns in southern Iraq, which has enjoyed relative stability. Although early rumors suggested the weapons were found on the Majnoon oil field, which Royal Dutch Shell had recently signed a contract to develop, the cache was closer to the Iranian border.

In April, another weapons cache was discovered in Basra with a note specifically naming oil companies and subcontractors as targets near the Zubair field – signed by Italy's Eni to develop. Iraqi security officials regarded that incident as a one-off anomaly.