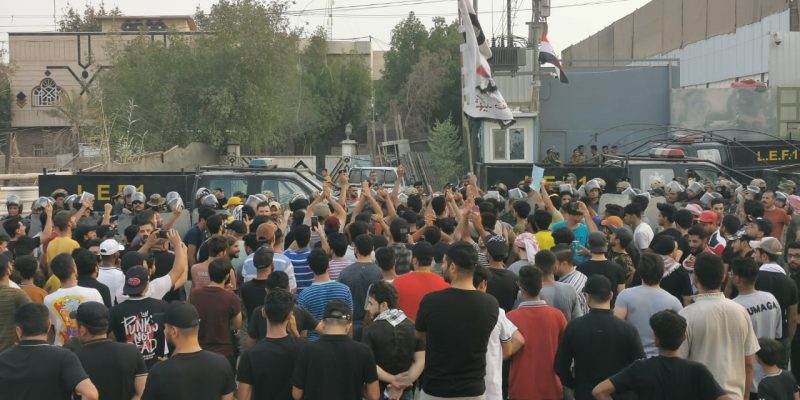 A crowd tries to break into the Turkish Consulate in Basra on July 21, 2022. The day prior, an attack on tourists in Dohuk province killed at least nine, and is being blamed on Turkey. (JASSIM AL-JABRI/Iraq Oil Report)
Lizzie Porter, Mohammed Hussein, Rawaz Tahir and Staff of Iraq Oil Report

BAGHDAD - The bombardment of a tourist resort in Iraqi Kurdistan has further frayed Turkey-Iraq relations against a backdrop of a major legal dispute over oil exports, tensions over cross-border water rights, and long-standing friction over Turkey's unauthorized military presence in northern Iraq.

At least nine people were killed and more than 20 others injured in the bombing of a small tourist resort on Wednesday in the mountain village of Parakh, in the Zakho district of Duhok province. At least three of the victims were children, the UN said.

Both Turkish and Iraqi officials expect the incident to affect relations between Baghdad and Ankara, and the attack has highlighted the complexity and depth of the Iraq-Turkey relationship at a sensitive time for both countries.