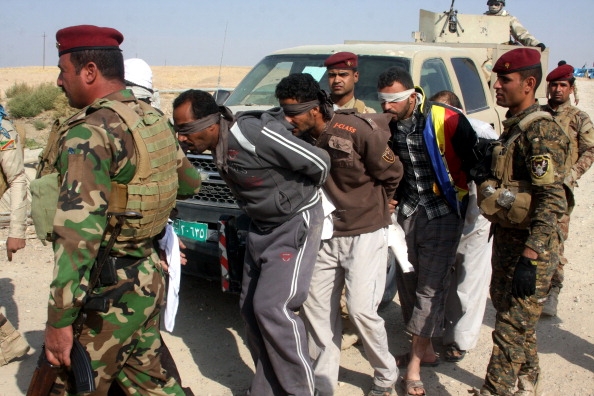 Iraqi security guards detain four ISIS members on October 31, 2013 in a desert raid in Anbar province. In total, 24 members of the al-Qaida splinter group were arrested that day. But the campaign ISIS has waged against Iraq continues. (Anadolu Agency/Getty Images)
Jamal Naji and Staff of Iraq Oil Report

RAMADI - Tensions are rising in Anbar province between Sunni protesters and Iraq's Shia-dominated central government, as pressure is mounting on Prime Minister Nouri al-Maliki to push back against a rising tide of violence.

Protesters in Anbar have rejected renewed threats from Maliki, who claims the demonstrations have been infiltrated by terrorists and has warned of imminent crackdowns. It has been a full year since protesters in Sunni-majority provinces across Iraq took to the streets to decry their marginalization in Iraq's political process.