As the head of the major oil union prepares for trial, oil workers in Basra have renewed their demands for payments and other worker rights. 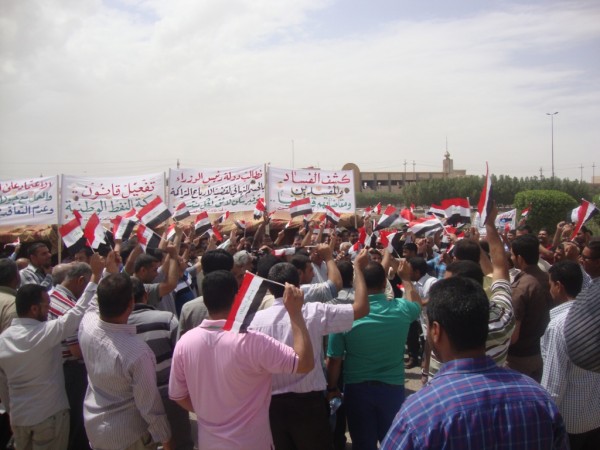 BASRA - In spite of the impending prosecution of a prominent union leader, oil workers in Basra have renewed their protests demanding better treatment.

Employees of South Oil Company (SOC) have created a tent city outside of the state-run company's headquarters in Basra, decrying unpaid bonuses, demands to transfer temporary workers to permanent status, and other complaints. They plan to protest for at least 10 days.