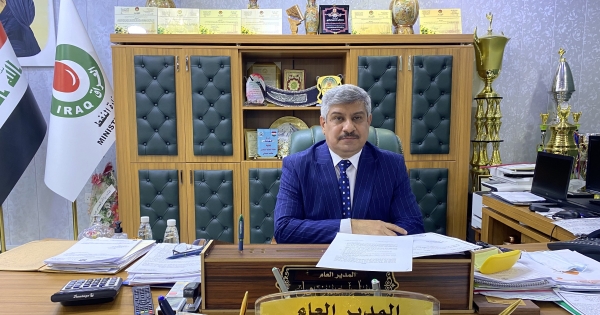 BASRA - In a period of coronavirus restrictions and budget constraints, southern Iraq's refining sector has been in something of a holding pattern, with major expansion plans appearing to hinge on negotiations with foreign investors.

The Shuaiba refinery in Basra, the country's largest, is adding a fourth refining unit that will raise capacity from 210,000 barrels per day (bpd) to 280,000 bpd, but that project remains "85 percent complete," according to Hossam Hussein Walli, the director general of the state-run South Refineries Company (SRC) — virtually unchanged from March 2020, when work stopped due to the pandemic.

The Oil Ministry also wants more refining capacity in Dhi Qar, but a year-old plan to expand the province's 30,000 bpd refinery by an additional 70,000 bpd has not come to pass; instead, Walli said, the ministry is now looking to negotiate with a foreign investor for a new 100,000 bpd facility.

Iraq is also negotiating with the Chinese company CNCEC to build a 300,000 bpd refinery at the port of Fao, in Basra. But the initial deal, awarded in July, has not yet led to any final contracts.

Over the past decade, Iraq has notionally awarded several refining deals that have not resulted in actual construction because the country's refinery investment framework has not been able to attract investors with credible financing plans.

"The law is currently being reviewed so that it can serve the Oil Ministry's needs, because there is a need to attract more foreign investors," Walli said.

As the head of SRC, Walli oversees the refining sector in Basra, Missan, and Dhi Qar provinces. He spoke with Iraq Oil Report at his office at the Shuaiba refinery. The full transcript, below, is available for subscribers.