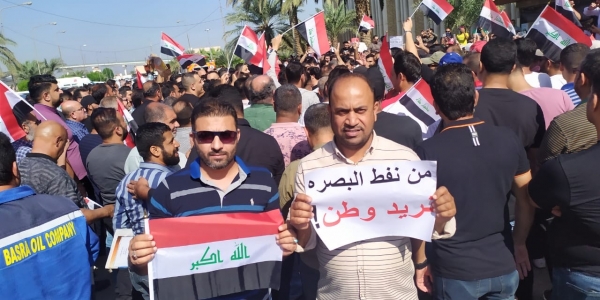 BASRA/AMARA/NASSIRIYA - Oil workers in Iraq's southern provinces are beginning to join anti-government demonstrations, a sign that the country's volatile protest movement is starting to touch the oil sector.

The demonstrations so far have not affected production or exports, but the organized participation of oil workers – and the increasing willingness of protesters to target key oil sites – could introduce a new threat to the government and its economic lifeblood.