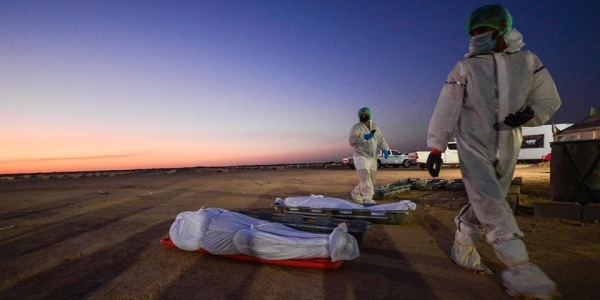 A special team of the al-Hashid al-Shabi, dedicated to burying victims of the coronavirus, in a desert graveyard outside Najaf. (Source: Ali al-Fahdawi via al-Hashid al-Shabi media office)
Ben LandoBen Lando of Iraq Oil Report

The widening scale of the coronavirus pandemic in Iraq is causing new disruptions to oil sector operations and is hurting the ability of security forces to respond to an intensifying insurgency.

Confirmed cases of COVID-19 appear to be rising exponentially: in all of May, the World Health Organization (WHO) reported 4,353 new cases nationwide; in the first 17 days of June, there have been 17,816.

"In the last few weeks and during Eid, we saw funerals and celebrations of hundreds of people gathering," said Dr. Adham Rashad Ismail, the WHO head of mission in Iraq, who observed that many Iraqis are ignoring social distancing guidelines out of a mistaken belief that the pandemic threat is overblown or an outright hoax. "This has forced the government to go back to lockdown."

Beyond the general lockdown, specific parts of the country's oil sector and security forces have been affected by targeted measures in response to individual COVID-19 cases.

Both the state-run Basra Oil Company (BOC) and the South Refineries Company (SRC) have further scaled back their active staffing and are now operating with just one-quarter of their usual number of employees, according to a senior BOC official.

"It has been decided to implement the minimum workforce, and only for very urgent and necessary work," a June 16 BOC order said.

The new measures were prompted by COVID-19 cases recently diagnosed in the companies' administrative departments, the BOC official said. In response, both companies are also reinstating a 14-day shift rotation that was used in the early days of the pandemic to limit the number of co-workers each employee comes into contact with.

Other infections have caused minor disruptions at oil fields. For example, a senior Basra security official said 18 soldiers were recently removed from their duties guarding the West Qurna 1 field and were put into quarantine after one of their commanders was hospitalized with COVID-19.

Security forces responsible for fighting insurgents in northern Iraq have also been hit with coronavirus outbreaks. At the Martyr Mohammed Alaa Air Force Base in Baghdad, also known as al-Muthanna, a surge in COVID-19 cases caused Staff Lt. Gen. Abdul-Ameer Redha Mohammed al-Zaidi to request via an official memo to halt all inspections of military units to help avoid further spread and "preserve the safety of the troops."

A senior Iraqi Air Force official said that, between coronavirus infections and disrupted F-16 training and maintenance schedules, the Air Force has severely reduced capacity to help find and fight remnants of the self-proclaimed Islamic State (IS) militant group.

"Absolutely it will affect [operations], because now they are operating at 50 percent," the official said.

A senior Interior Ministry official said pandemic-related precautions had also caused security services across both the Interior and Defense ministries to cut down on training courses, reducing the overall effectiveness of the security forces by "15 to 20 percent."

Commanders on the front lines fighting against insurgents have been forced to develop contingency plans, as it has become clear that units can quickly be taken out of commission due to COVID-19 infections, according to a second senior Interior Ministry official.

While such disruptions have reduced the overall capacity of the security forces, counterinsurgency operations are a clear priority.

"There are contingencies in place to make sure operations keep going smoothly," a U.S.-led Coalition official said*, "so the anti-ISIS fight shouldn't be affected, at least not from a coalition standpoint."

Iraq's COVID-19 case numbers and death toll were initially low, even as the disease spread across the Middle East, Europe, and the United States, thanks in part to the government's quick and aggressive lockdown measures. But in recent weeks, as restrictions have eased and testing has increased, the number of confirmed cases has begun to spike.

"The reasons for the rise in cases are based around people ignoring curfews, and their ignorance about the virus," said an intake nurse at a hospital in Nassiriya.

But now, the impact of the pandemic is being felt around the country and becoming more visible as public officials fall ill. For example, in the past week the director of customs at Basra's Umm Qasr Port has tested positive, and Majid Muhammad al-Moussawi, a senior security official at the Ministry of Trade, died after being diagnosed with COVID-19.

The pandemic is stretching Iraq's health care system to its limit.

"We are still holding up," said a doctor in a Basra hospital. "But overall, the hospital and the other facilities can no longer hold up to the increasing number of cases."

For now, there are enough hospital beds, the doctor said, but the virus is also taking a toll on the country's doctors and nurses.

"Lately we have been losing many of them, as they get infected and have to go into isolation," the doctor said. "If it goes on like this - we can't tell [what will happen]."

One problem, according to the Basra doctor**, is that hospital staff have not received adequate supplies of personal protective equipment (PPE), such as masks and gloves.

"A lot of the time the elastic bands would just break," the doctor said. "And the hand sanitizer... they started providing ones that were locally made and were of questionable quality - they didn’t even seem to contain alcohol."

A special graveyard in Najaf has been dedicated to burying coronavirus victims, managed by the Imam Ali division of the al-Hashid al-Shabi (Popular Mobilization).

"We take the dead bodies for burial from different parts and province in Iraq, and we don’t differentiate between the bodies whether Shiite or Sunni or Christian," said Baqir al-Shouk, a spokesperson for the Imam Ali division. "A few days ago we did the burial for 77 dead bodies of coronavirus, collected from different provinces in the south and Baghdad."

There are 200 non-combat personnel working on burials alone, with 30 doing the actual graveyard work. 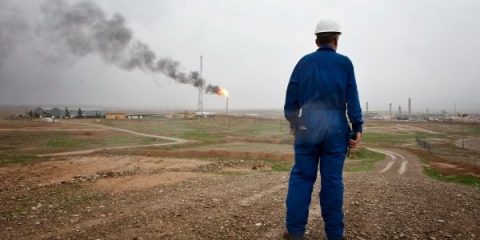 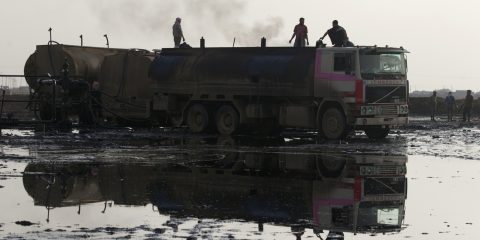