Oil Ministry takes an 82,000 bpd field offline as de-escalation tactic in response to protests; overall production and exports unlikely to be affected nationwide. 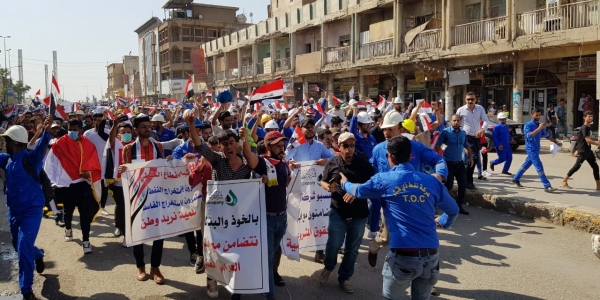 Industry and security officials said there were not enough security forces on hand at the field to handle protests staged by recent graduates and local residents who were seeking jobs. The demonstrations impeded shift changes, which caused the field to shut down.