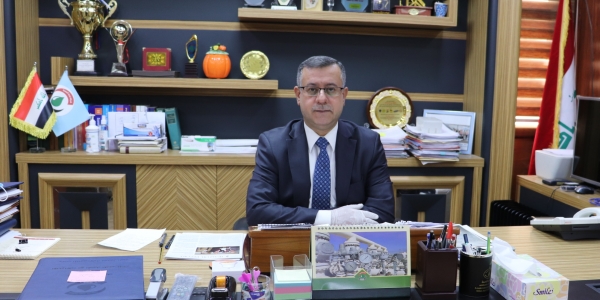 Khalid Hamza Abbas, deputy director general of the Basra Oil Company in his Basra office on May 4, 2020, was been given the authority to run the company on Sept. 19, 2020. (ALI AL-AQILY/Iraq Oil Report)
By Lizzie Porter, Jassim al-Jabiri, Ali al-Aqily, and Jewdat al-Sai'di. of Iraq Oil Report
Published Sunday, September 20th, 2020

ERBIL/BASRA - Oil Minister Ihsan Ismaael has given a deputy director general of the Basra Oil Company (BOC) the authorities to lead the country's most important state-run oil company — part of a reshuffle of leadership in multiple state oil companies and ministry directorates.