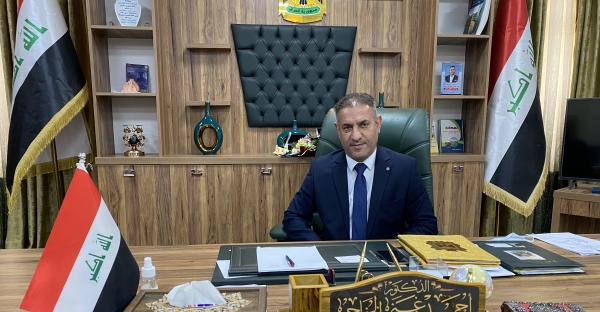 NASSIRIYA - The newly appointed governor of southern Iraq's Dhi Qar province, Ahmed al-Khafaji, inherited an array of short-term and long-term crises that have caused major problems for both residents and the oil sector.

A shut-in by job seeking protestors at the Dhi Qar refinery has led to fuel shortages, while protests have continued at other facilities, including offices of the state-run Dhi Qar Oil Company (DQOC), which manages oil fields in the province, as well as the Oil Products Distribution Company (OPDC) and an Oil Pipelines Company depot.

Even as a national protest movement has lost momentum, demonstrations have continued around Dhi Qar, where residents express outrage over a range of grievances — including a lack of job opportunities; poor water, electricity, and other services; and little accountability for previous violence by security forces against protesters.

That upheaval forced former Dhi Qar Gov. Nadhim al-Waeli to resign in February. He was briefly replaced by an interim governor, Abdul Ghani al-Asadi, who is also head of Iraq's National Security Council.

In one of his first interviews with English-language media since taking office, at the Dhi Qar governorate building in Nassiriya, Khafaji spoke about his efforts to end the refinery sit-in by providing jobs, his aspirations for attracting private-sector investment, and the relentless crises.

"Honestly," he said, "since my first days [on the job], I have been working on dealing with emergency issues."