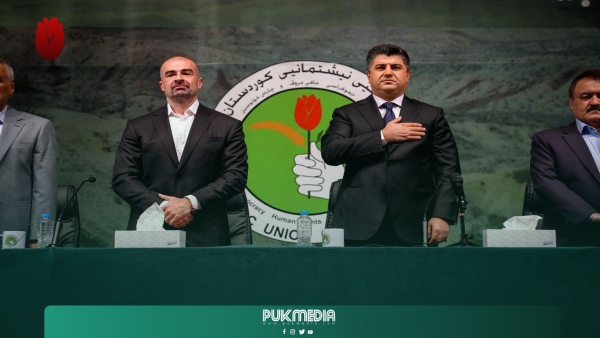 SULAIMANIYA - The dominant party in Iraqi Kurdistan's gas-rich region is facing a serious leadership crisis as a simmering family dispute has escalated rapidly, threatening cohesion within the Patriotic Union of Kurdistan (PUK) and order in the territory it de facto governs.

Bafel Talabani, son of the late “Mam” Jalal Talabani, the founder of the PUK and former Iraqi President, last week moved to consolidate authority within the party, which controls a swath of gas rich territory in the eastern half of the Kurdistan Region of Iraq (KRI). The move burst open an internal rift with his cousin Lahur Shaikh Jangi Talabany*, with whom he shares power. The two have served as co-presidents of the PUK since a December 2019 leadership congress.

Territory under PUK control produces around 10 percent of the KRI's oil output, but it contains the Kurdistan region’s only producing gas field, Khor Mor, as well as several other promising gas assets under various stages of development.

In recent years, partisan disputes have disrupted operations at oil and gas assets in PUK administered territory including at Khor Mor and the Sarqala oil field.